Precious Metals: Precious metals dropped yesterday after attempting to close above the 200d MA at 1268. The main support is at 1250 but we need to confirm a break above the 200d MA to see the direction changing. Silver is trading just at the support level set by the 200d MA at 17.3267. there is a good risk reward to buy at that level with a stop below that level. Platinum is trading at the small support of 931 but the break below 950 should be significant.

Oil: Oil retreated from 15-month high after Rosneft, Russia’s largest oil company, said the nation is capable of a substantial increase in production. Nigeria cut the price of every type of crude it sells in an effort to regain share of the global oil market at a time when there’s a “huge” glut of cargoes. On WTI chart, prices struggled to break the resistance around $51.70, which may present upside if the inverse head and shoulder formed since July 2015 is broken. 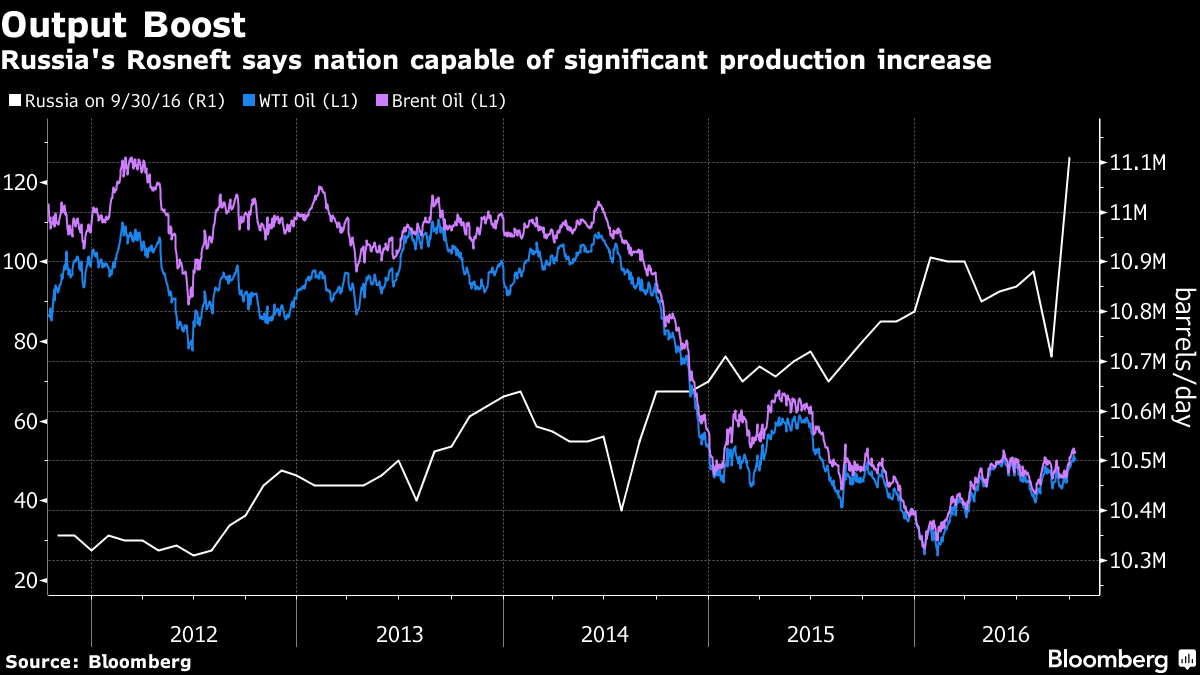 Oil traded near $50 a barrel as investors weighed a potential deal to reduce supply after Russia’s largest oil company said the country was capable of a significant increase to output.

December futures lost 0.4 percent in New York after declining 2.3 percent Thursday. Russia has the capacity to add as much as 4 million barrels a day if there’s demand, Rosneft PJSC Chief Executive Officer Igor Sechin said, less than two weeks after President Vladimir Putin pledged his support for efforts by OPEC to limit output. Nigeria said it cut the price of every type of crude it sells in an effort to boost its global market share.