Precious Metals: Since falling more than 50 dollars in a single day 3 weeks ago, gold has been consolidating in a range from 1250 and 1275. MACD crossover was seen last week but price remains capped at 1275. Prefers to buy on dip at prices closer to 1250 which will offer a better risk to reward ratio.

Oil: Data from Baker Hughes reported an increase in rig count. This is the 17th consecutive rise in rig count. Oil price action suggests that it may be trading in its new found range [51 - 53] before a break in either direction. Iraq commented over the weekend that it may not join the production cut in the OPEC meeting.


The euro slumped toward a seven-month low amid speculation the European Central Bank will maintain its easy monetary policy as the Federal Reserve prepares to raise interest rates this year. 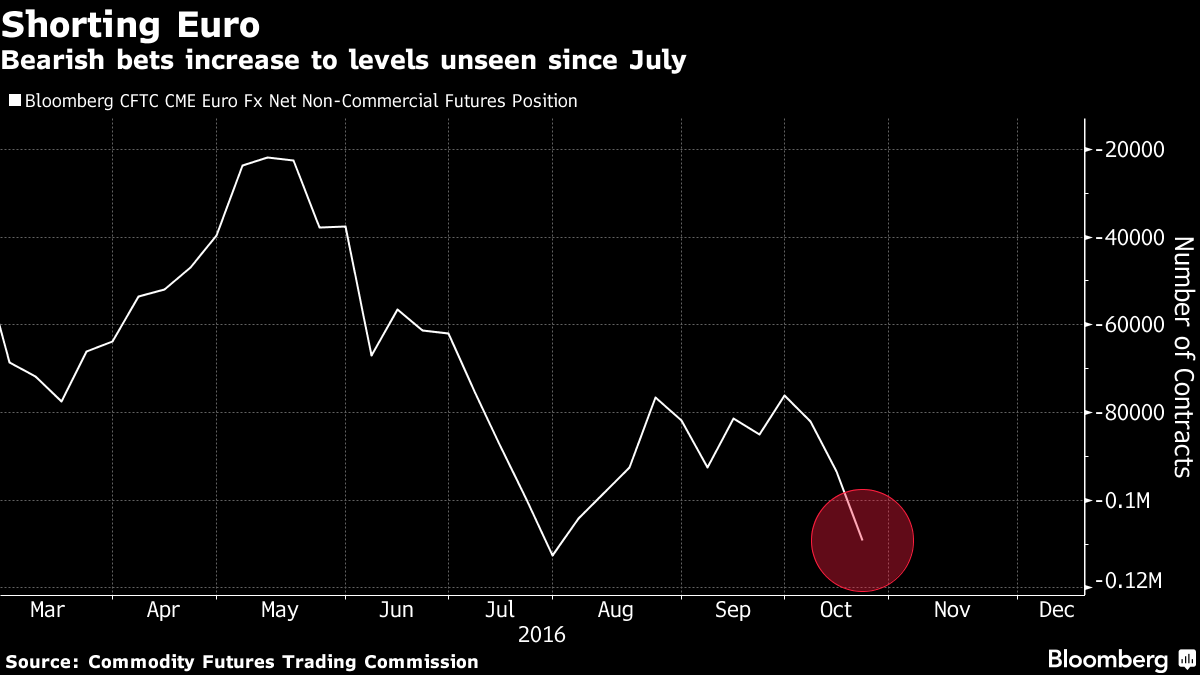 The single currency slipped for a third week after ECB President Mario Draghi said Oct. 20 that neither tapering nor an extension of the bank’s bond-buying plan were discussed at its two-day policy meeting. The euro weakened for a fifth day, the longest losing streak since May, as expectations fade that the region’s central bankers back a sudden end to quantitative easing after March, which is the latest date that they’ve committed to for the program. Speculators have increased their bearish-euro bets to the most since July.