Precious Metals: Since falling more than 50 dollars in a single day 3 weeks ago, gold has been consolidating in a range from 1250 and 1275. MACD crossover was seen last week but price remains capped at 1275. Prefers to buy on dip at prices closer to 1250 which will offer a better risk to reward ratio.

Oil: Data from Baker Hughes reported an increase in rig count. This is the 17th consecutive rise in rig count. Oil price action suggests that it may be trading in its new found range [51 - 53] before a break in either direction. Iraq commented over the weekend that it may not join the production cut in the OPEC meeting.


The American consumer might not be as healthy as investors thought.

Disappointing results from fast-food chains to makers of appliances, sports apparel and home-renovation products sparked a selloff in consumer-discretionary stocks amid speculation the economy’s biggest engine is sputtering. The S&P 500 Index fell 0.4 percent to 2,143.16 at 4 p.m. in New York, slipping from a two-week high and closing near its average price during the past 100 days. Apple Inc. declined in after-hours trading following its earnings report. 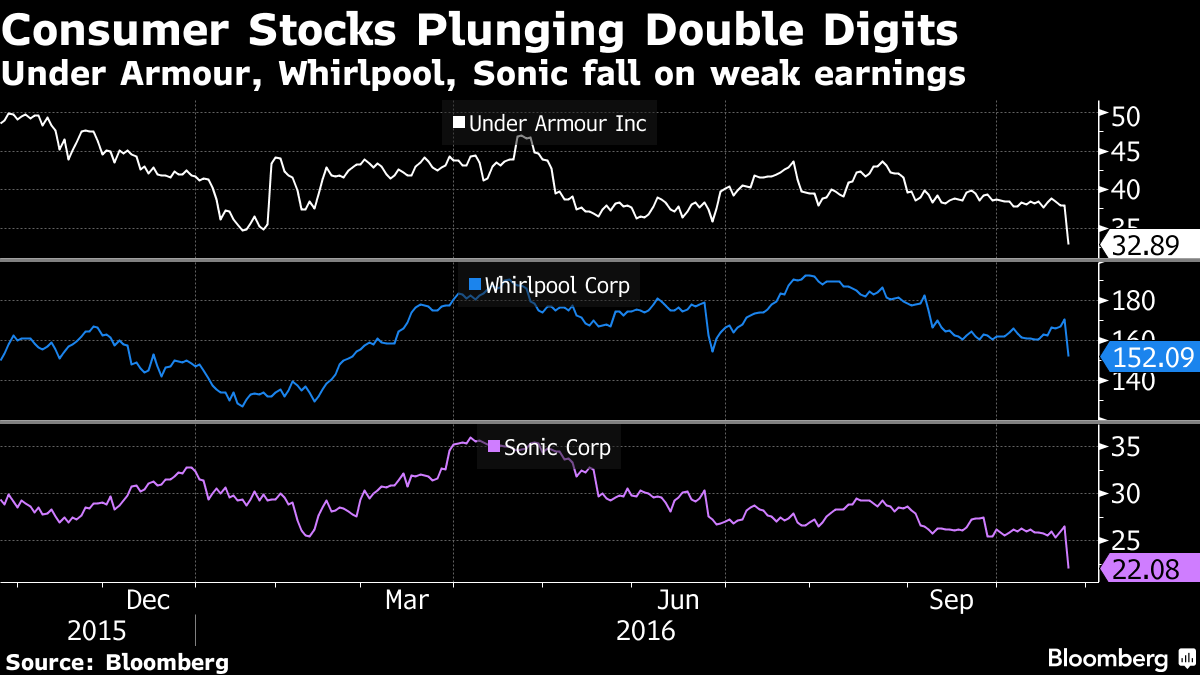