Precious Metals: Spot gold slid and continued to seek support around $1,200 level, while silver climbed together on demand for industrial metals. Gold holdings ETP declined for an eighth consecutive session, the longest run in almost a year as Dec rate hike is almost a certainty.

Oil: Oil price retreated from recent rally as OPEC talks in Vienna Tuesday didn’t resolve whether Iraq and Iran will join any production cuts, instead deferring the crucial matter to ministers who will meet Nov. 30. On charts, WTI struggled to break above the upward trendline resistance formed since Feb-Sep around $48.40. 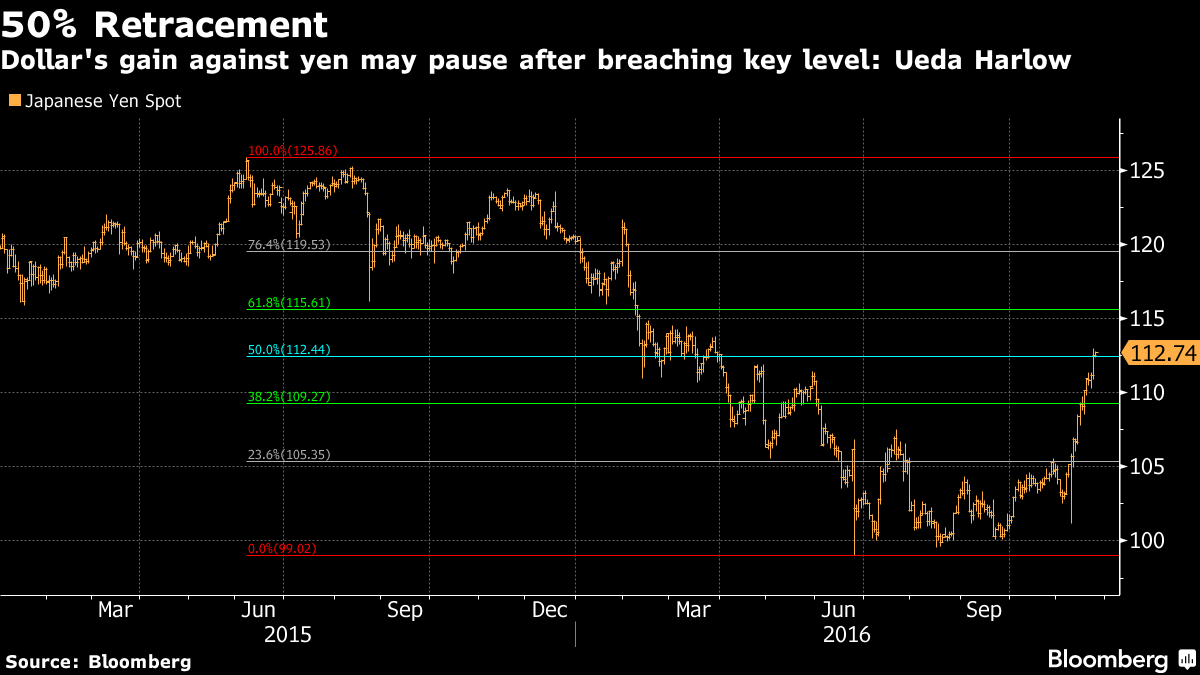 The dollar approached an eight-month high against the yen after government reports Wednesday showed U.S. economic growth remains intact, supporting the case for an increase in interest rates.

The greenback gained against all of its Group-of-10 peers as the odds that the Federal Reserve will tighten at its December meeting rose to 100 percent, with additional moves by June climbing to 66 percent from 58 percent at the start of this week. Orders for business equipment increased in October for the fourth month in the last five, while sales also advanced, helping to extend the greenback’s gains since the Nov. 8 election.